Thousands gathered in Las Vegas this morning for day two of the Women’s March.  The message today was “Power to the Polls.”  The Women’s March founders are now headed for a 10-city tour through battleground states.

Meanwhile, we received so many great photos and stories from marches and rallies across the country, we wanted to share as many as possible.  Again, thanks for your help, and thanks for sharing.

From Erin: Marched with my 3-year-old in Orange County, Ca. Marched for his future, to show him to stand up for what’s right and teach him he must always exercise his democratic rights. I hope he’ll engage in future protests but I hope it isn’t for basic human rights and decency. 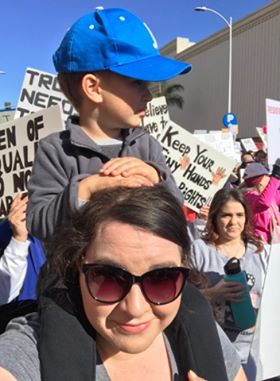 From Claire in Sacremento: Marching to promote equality (for all), peace, truth, diversity, tolerance, choice, education, respect, empathy, progress, love, hope, humanity, freedom, nature, and science… AND to build momentum, a movement, to ensure those who are antithetical to these values are voted out and progressive women are voted in — for equal representation in government. 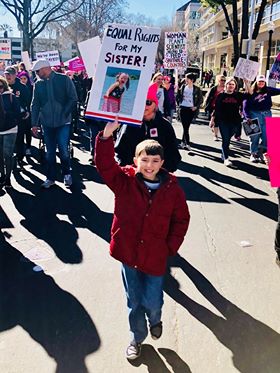 From Sandy in Durango, Colorado, where it is estimated that 600+ people marched. 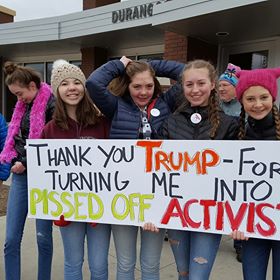 From Nathan in New York 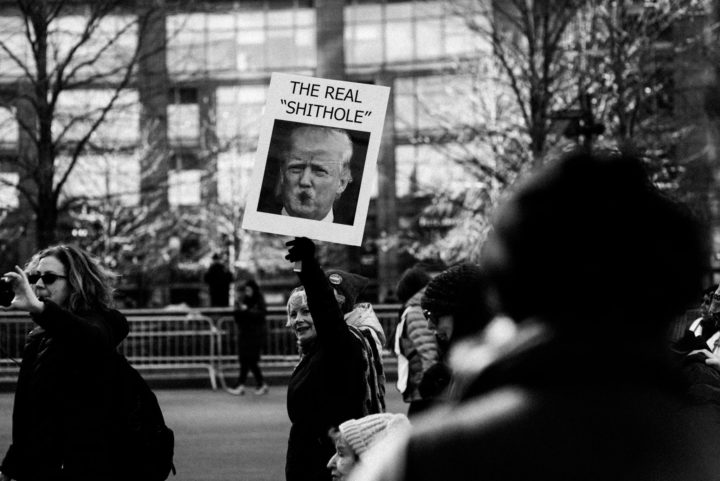 From Morristown, N.J.: My name is Preethi and my friend and I attended the Women’s March in Morristown, NJ today. It was empowering and inspiring to march on ground hallowed by the soldiers of the American Revolution. There were about 15,000 people in attendance- that is 6 to 7 thousand more than expected. We started marching from Town Hall to the Morristown Green where we heard several speakers speak to the various issues plaguing the country today, especially the current administration’s policies.
Even The Alliance of George Washington, Alexander Hamilton and the Marquis de Lafayette took part in the event, as pictured. 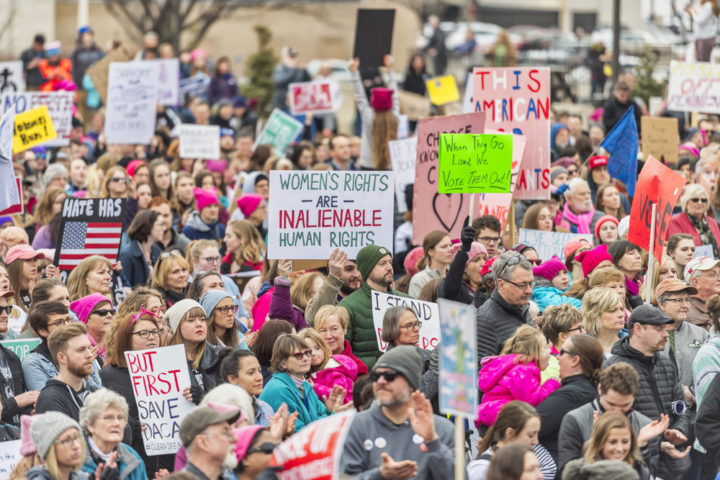 These are my 7-year-old twins — Kaz & Veronica Rowny. Their father immigrated to the US at 27 years old from Poland. At 37 he put himself through medical school as a single parent, and went on to complete his residency at UCLA, his Fellowship at Columbia and together we put our oldest son through high school and then Yale. He’s still not a US citizen.

We marched for him and for our dual citizen kids. We marched for the future we want them to know is theirs to shape, for the golden rule of being kind to everyone each day — and because we think the people in charge right now make this very very hard. We marched for our planet and for our democracy, both of which are being contorted to their limits.

We marched because it’s our job to make sure they understand their right to vote is a duty and it will never be optional. Bad people can be elected and cause very real damage.

We marched for our friends who look nothing like us and for the hope our kids will be the generation to grow up colorblind. Faith blind. Gender and sexual orientation blind.

And finally, we marched because it’s fun to express yourself and have people come up and shake your hands. I was so proud to watch as people asked about their signs and flags — and then hear them answer in their own words. 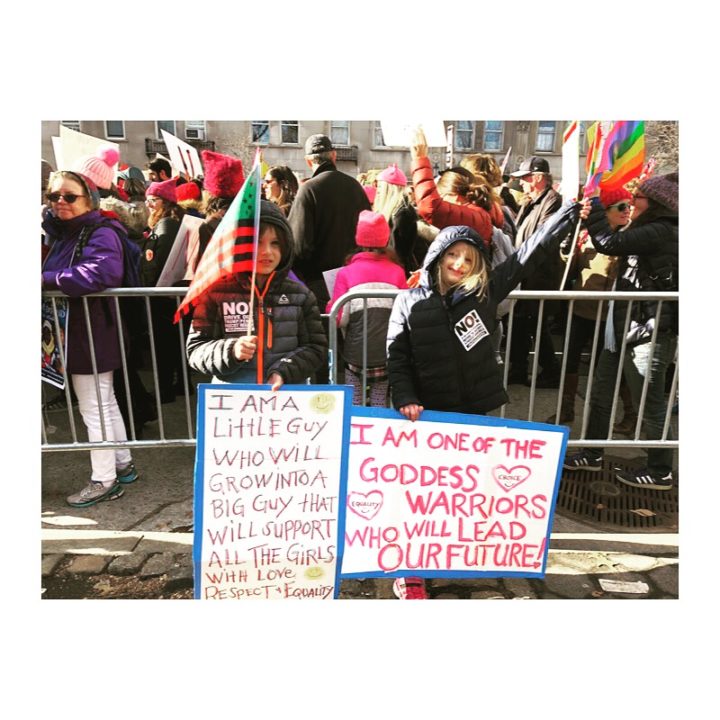 From Natalie in Seattle: 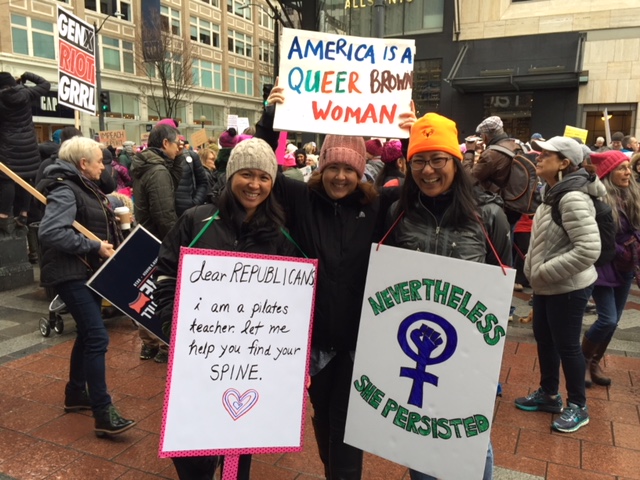 From Kathleen in Waco, TX: I marched with my 11-year-old daughter, my two 15-year-old sons, and my husband today in Waco, TX. The fact that Waco, Texas had a women’s March this year is a sign of how much progress we’re making. Last year at this time we seemed to be driving to Austin every other weekend to go to marches there. I was pleasantly surprised to see how many people came out. I want my daughter to see her mom fight for what’s right and grow up to do the same, to never allow herself to be a victim, to be made to feel less than, to accept poor treatment just to be nice and not rock the boat. And I want my sons to see examples of strong women and how we are worth so much more than our looks. I want them to understand what women have gone through just to survive, what we’ve put up with and that we are no longer going to take being treated as objects or second class citizens. I want the American rape culture to change with this generation! I don’t want to have to have the same teary conversations with my daughter that my mom had to have with me. 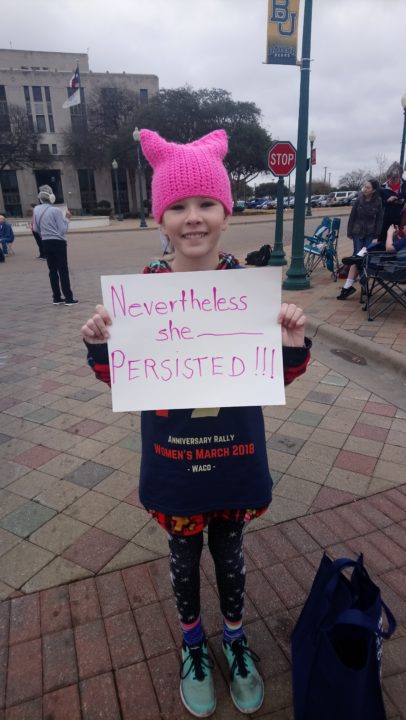 From Shari in Walnut Creek, CA. 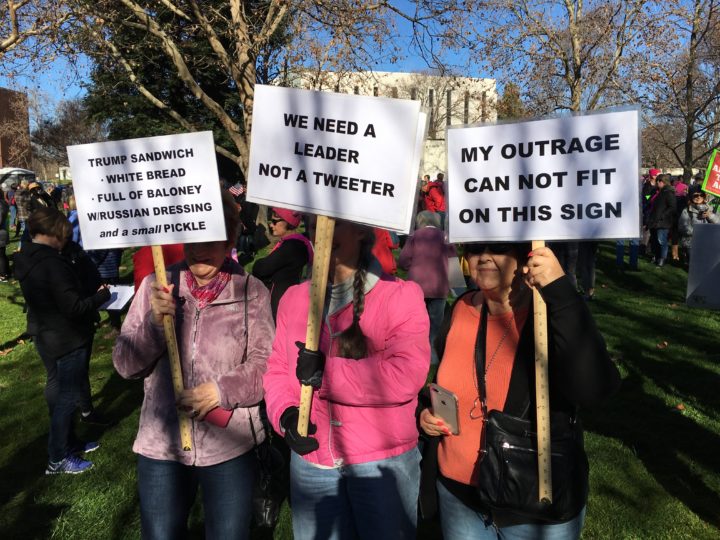 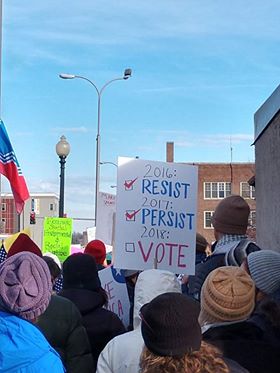 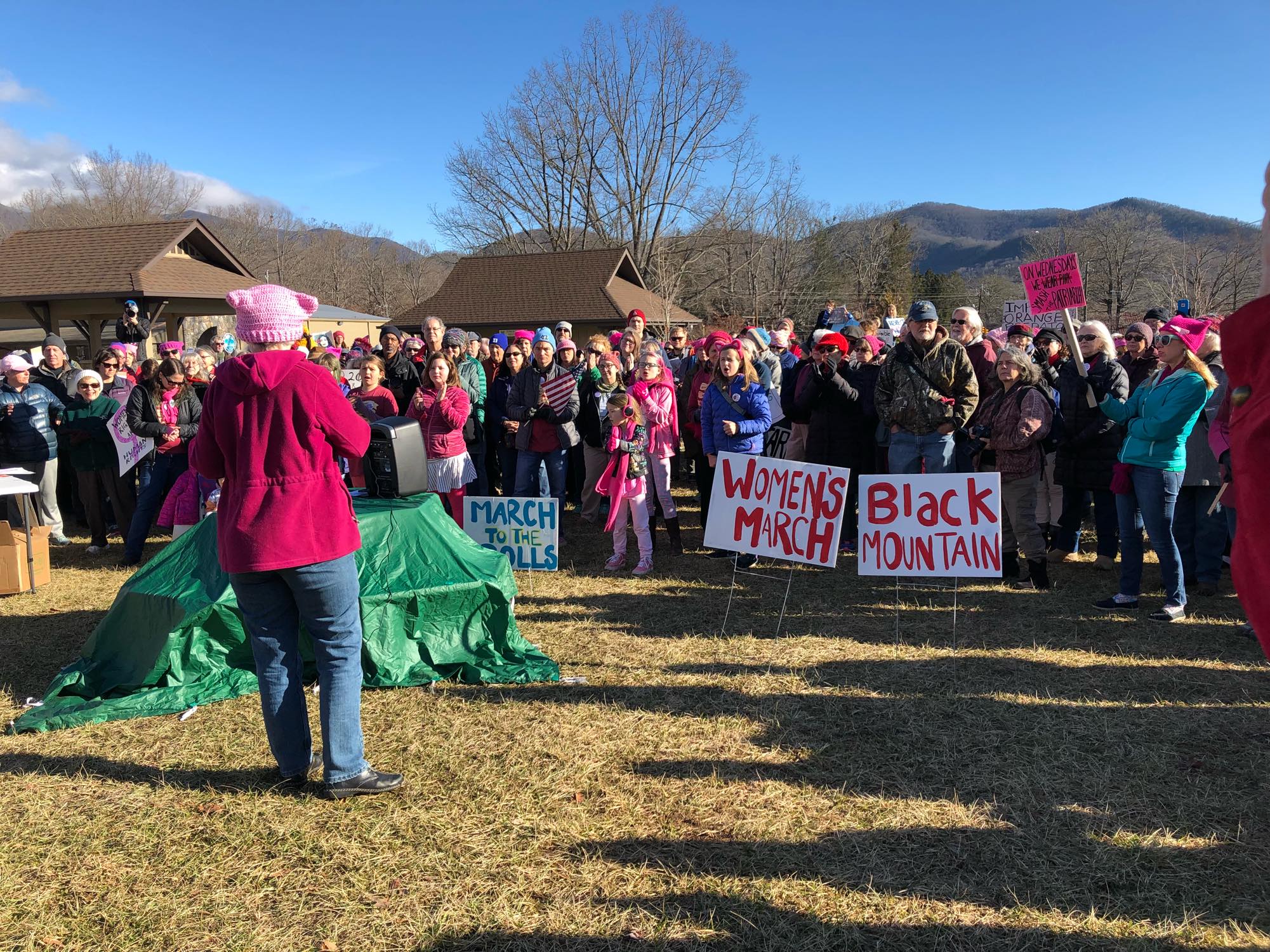 From Anat in Berlin, Germany. I marched because it is important not to remain silent. 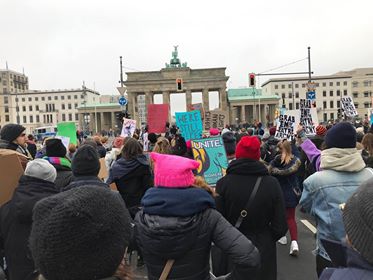 The Politicization Of The Mask

The Emotional Toll Coronavirus Is Taking On The Elderly

Play no favorites,
pull no punches.